One of my favorite sets from this year comes from the Atlanta Hawks. It is creative, however it is not a new set by any means. I first saw this from 6 years ago when Mike Prada broke down this play in this great article. 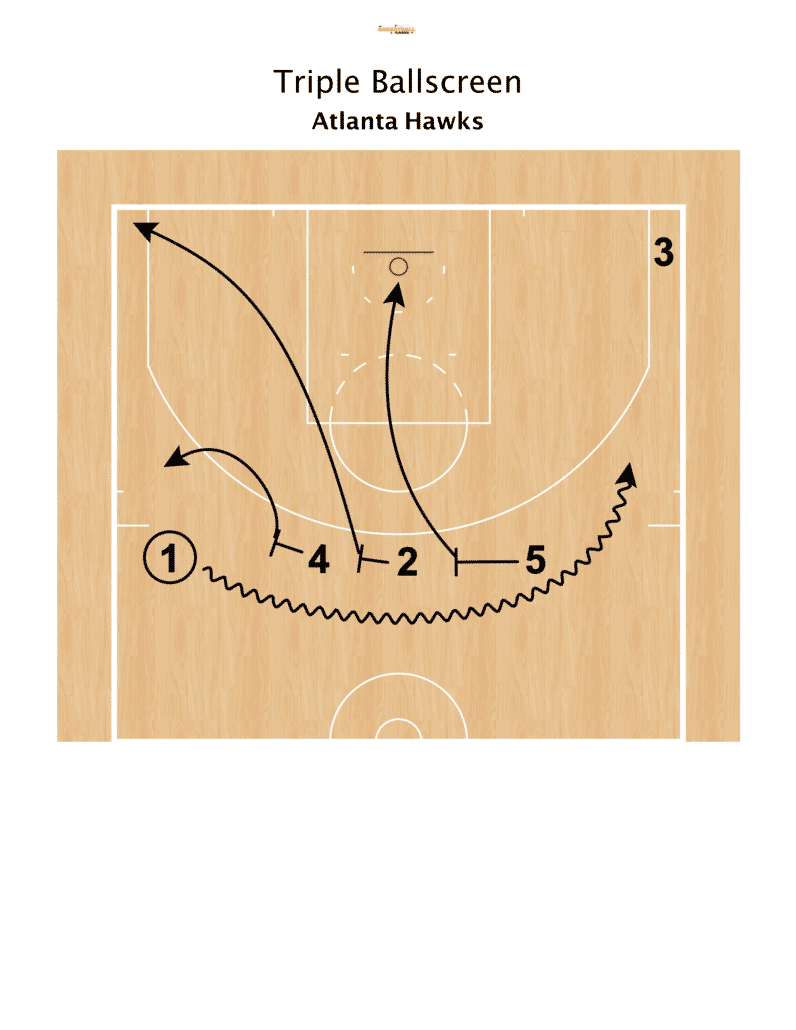 The play is not complex, but difficult to guard. When the play starts the point guard – typically Trae Young – comes off of the ballscreen set by 4/2/5. As the guard attacks off of this, 2 typically slips and sprints to the corner causing some confusion.

After the guard dives to the corner, this basically turns into a spread ballscreen and allows the point guard to make an easier read against the defense. Defending this set gets tricky, depending on the team defending it. We will look at how the 76ers tried two different ways and both ended up not working.

In the first clip above we can see how the 76ers were slightly confused but ended up hedging against it with Redick and Butler. Initially the hedge worked but as Collins rolls both Butler and Redick go with the roller allowing Trae Young to make an open 3 point shot (a deep 3!). The next possession later in the same game the 76ers do a great job defending it with Embiid dropping and forcing a 2-man game and another attack after. As Young comes off the hand off Embiid has to jump switch and guard Trae Young in space. Trae Young tries to give it up and get it back but Embiid denies the pass. As Embiid denies Young, this opens up a driving lane for Prince to drive to the rim with no rim protection.

Here are a couple more examples of a triple ballscreen by the 2012 Knicks.

This set is not exclusive to the NBA, one of my favorite college coaches LeVelle Moton runs this with his team at North Carolina Central.

A quick hitter counter that Scott Brooks ran initially with the Thunder and now with the Wizards is a triple ballscreen with a “Ricky” or a rescreen for both Kevin Durant as well as Bradley Beal. 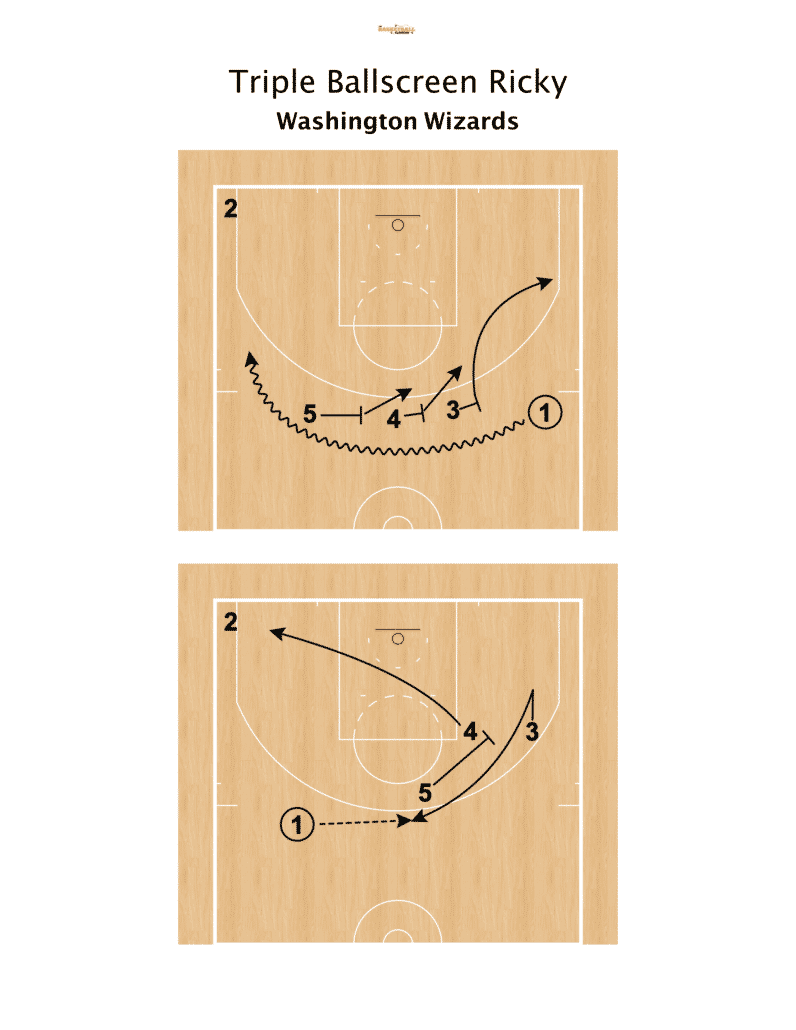 The triple ballscreen is one of my favorite plays, and something that I have actually run at the high school level after time outs. I think that this creativity is really cool to see and see how other coaches steal from each other and create new plays from different original concepts.